The purpose of a labyrinth, contrary to popular belief, is not to lose oneself; but to take yourself on a journey of discovery to the centre. A form of meditation with twists and turns, dead ends and revelations. (more to come on this later)

I believe everything happens for a reason. Some of you might be reading this because of an article about me posted on various online media outlets. I will tell you now that I was embarrassed by the spin and headline put on that piece, mortified that it had my name attached to it. However, it brought me to exactly where I wanted to be, here, sharing my practice with others and (I hope) in a position to advise and share my knowledge to those who seek it.
In order to set the record straight, I will explain the truth here now for those that are interested and then leave it where it belongs.

I was approached by a journalist to give an interview on modern witchcraft. I was dubious (of course) as I didn’t want to let someone make me seem foolish or to cheapen the practice of many others. He reassured me that he was genuinely interested in witches and paganism and wanted to ‘demystify’ what we do. so I agreed.

Over the next few days I focused my reflections on what I wanted to achieve from this experience. I have spent my life building my knowledge of ritual, herbs, medicine and wild women with a view to become a ‘canny woman’ (more on this to come) and share my gifts and knowledge with those who seek it. I wondered if this would be the opportunity to do just that; make a living from my way of living and have more time to hone my skills. Also with the rise of platforms like Instagram, witches have been wiggling their way back into the norm and this was a chance to shed light on what we actually do and break down some of the stereotypes.

Excitedly, I gave the interview. we talked for a long time about my life, remedies, smudging, tarot, my upbringing and the reactions I have received from others. A few days later he came back to me with the finished article. he read it to me as I was not allowed a written copy. Now, this person has a magic of his own. I didn’t pick up on the tone of the piece, (this being my first ever experience with a journalist) or the spin being put on it. There were a few words I was unhappy with. He said he would change them. so it went ahead.

Jump to… me nursing a hangover after celebrating a friends birthday. My mother calls me, shrieks something excitedly (and barely recognizable as human) down the phone at me. It had been shared on social media. And it was AWFUL! my life, my actual life that I live, has been turned into a grabby, fluff piece which essentially reads “crazy lady believes she used magic to trap man who looks nothing like Tom Hiddleston”

I sat in horror (and last nights over-indulgence), staring blankly at the comments. Understandably other canny folk were upset at how this portrayed their own craft. It cheapened it, and is exactly what I didn’t want it to be about. It drew only on my relationship and felt like it cheapened that also. Everything I had said had been linked back to my relationship. which is NOT what I said. Cherry picking bits from what I actually said and cleverly placing it next to other unrelated things. Not related at all and yet they read like they were. a clever magic indeed.

Unable to let it go, I posted a comment of my own. And here is where it switched. the silver lining shone through, the path to the centre.

Thousands, literally thousands, of people responded with support. I have connected with others from all over the world. Been able to give advice on books and spellcraft, guiding others and feeling reassured that to those who can see, it was obvious that I was misrepresented.

Inspiration struck. I will use my own voice to put myself across. build a blog. share my recipes, spells, knowledge. I have yet to work out how to make a living from it and that is just fine. the knowledge I have, came to me for free. knowledge should be free. freedom is power.

So here we are. I have followed the path and come to the centre. The path was longer, with more twists and turns than I anticipated and I am better for it. humbled by the love and support of strangers as well as my tribe. empowered by this journey. ready to use these lessons to enrich my life and hopefully help with yours, should you wish.

I will point out here that I did not knowingly use cosmic ordering to attract a partner. I write all of my thoughts in my journal as a form of active reflection. In doing so I am able to focus my intentions. The reference to Tom Hiddleston comes from a joke I was making at the time- if I were going to put myself in a position to ever be hurt again, they would have to be “nothing short of Tom Hiddleston”. I wrote of desirable characteristics not the actual actor. Even if I could manifest that, why would you want to?! Love spells are dangerous, as is anything meant to affect free will. The spell for abundance mentioned in the article was to do simply that, attract abundance. The C.V. (cockney viking a.k.a Adam) and I have never had an argument in which I have had to smudge afterwards. the closest we have come to an argument was in how he wanted to deal with the journalist in question and online trolls. I do use smudge sticks regularly and if an unsavory guest has left residual shitty energy in my home (post on this to follow)

If you have any questions about that article, I am happy to give answers in the comment section here.

Right, that is the record put straight. onwards and upwards witches!

*I’m a one witch show. so, If you want to show your support for my work and make a donation hit the button below. Any and all support is gratefully received*

Join 718 other subscribers
Follow The Life,Musings and Experiences of a Modern Witch on WordPress.com 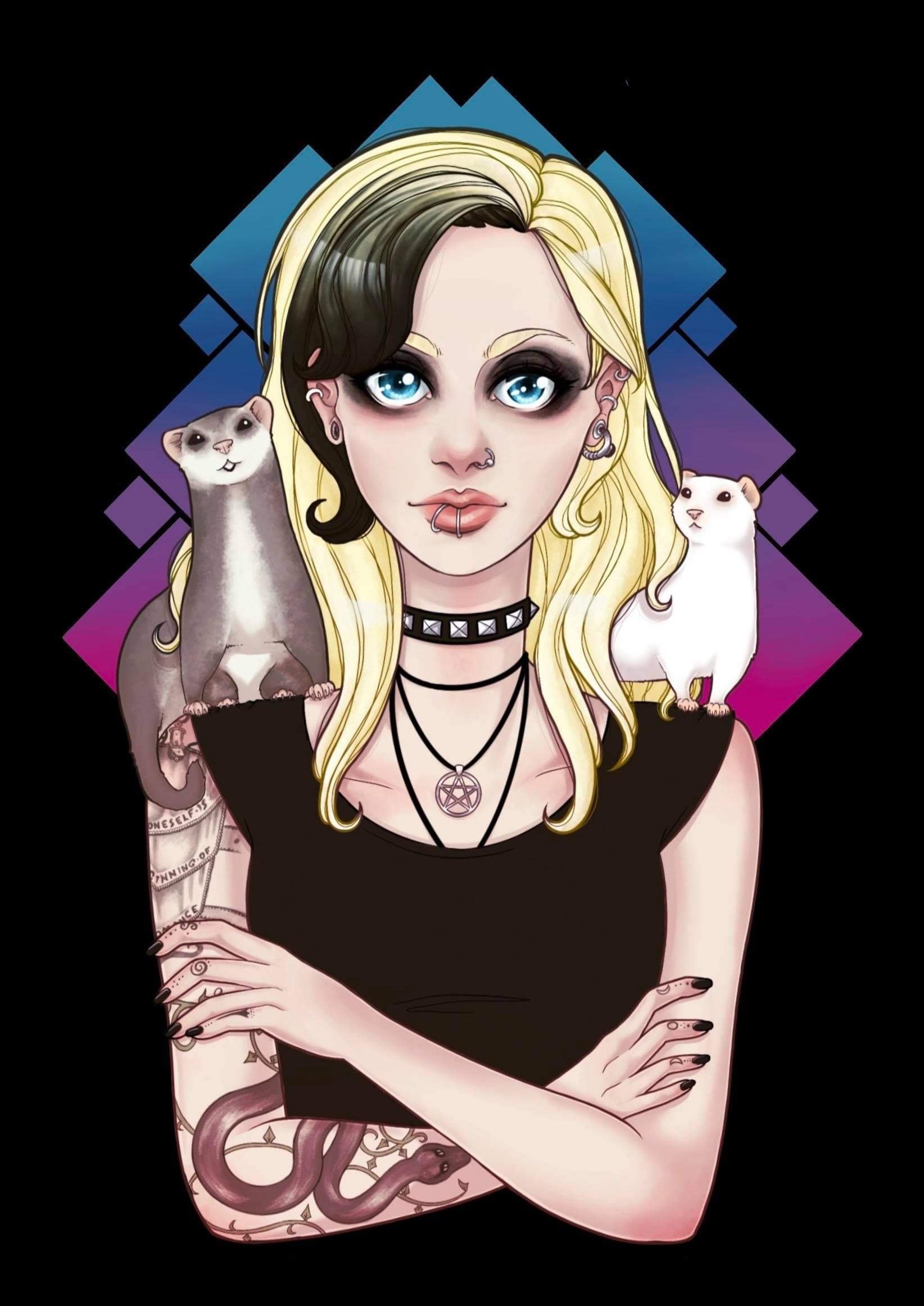